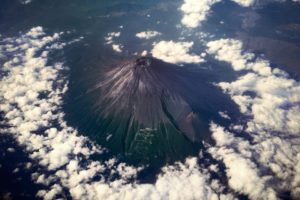 For all lovers of the mountains and nature, and for all climbing and hiking enthusiasts, we have selected eight peaks around the world that should be climbed at least once in a lifetime.

Mount Fuji is a dramatic peak of nearly 4,000 meters located about two and a half hours by car from the capital of Japan, and is one of the most climbed mountains in the world. The hike up via the most popular route – Kawaguchiko – is good training to develop the endurance needed for mountain climbing, without any technical terrain. The hike along the route begins at 2,300 metres and finishes at the summit of 3,776 metres. For fit hikers the journey there and back takes about eight hours. The official hiking season lasts for only two months, from 1 July to 31 August.

Pikes Peak brings hikers to more or less the highest altitude that can be reached in the continental United States: 4,302 meters, all over good terrain. And if you reach the summit and don’t feel like walking back you can take the rack railway down or hitch a lift from a tourist who arrived by road on the north side of the mountain. From the beginning of the path to the top is a trek of 21 kilometres, with an altitude gain of 2,250 metres: a tiring day’s hike to give aspiring climbers a foretaste of what it takes to climb the big mountains.

The “Tofana di Rozes” (the Tofane are a massif of mountains in the Eastern Dolomites) offers a wonderful mountain hiking experience, with an altitude gain of 1,200 metres from the beginning of the path to the summit plus an “easy” via ferrata, giving a complete rock climbing experience without the need for an in-depth knowledge of safety equipment. The Ferrata Lipella is one of the longest – but not the most difficult – via ferrata in Italy: a series of metal ladders, rungs and cables that enables climbers to be secured (tied) to cables in the event of a fall. The whole ascent usually takes five hours, of which four are spent on the via ferrata.

The Pacific Northwest of the United States is an immense “training camp” for climbing the world’s greatest mountains, with frozen volcanic peaks demanding all the skills necessary to scale summits of 8,000 meters despite themselves not being at high altitude. Mount Hood is one of the less demanding peaks in the area, and provides a good “first ascent” on snow for climbers not accustomed to using crampons and ice picks. The most frequently taken route to the summit, the South Side Route, is a half-day climb from Timberline Lodge, and is monitored regularly from late April until June each year.

The western summit of the Breithorn could be the most-climbed 4,000 metre peak in the Alps, thanks to the Piccolo Cervino cable car that carries climbers to 3,883 meters – less than 300 metres from the top. From that point climbers have to ascend through a glacier and on snow, with a gradient of 35 degrees that necessitates the use of crampons and ice picks. The ascent is short, but climbing in snow and at high altitude make it an excellent appetiser for novice climbers.

Kilimanjaro is the highest mountain in Africa and one of the highest solitary peaks in the world, a volcano with a height of nearly 6,000 metres.. And this is the biggest challenge when climbing it: adapting to the rarefied air at altitude. All routes up Kilimanjaro necessitate using a local guide, but are simply hikes along paths. Most guide services get climbers to assemble at the start of the ascent, at about 1,800 meters, and accompany them to the 5,895 metre-summit over a period of five or six days, enabling them to acclimatise to the increasingly rarefied air. This mountain gives aspiring climbers the opportunity to see how their bodies react at high altitude without the technical and objective risks (avalanches, crevasses, falls) of other high mountains.

Scaling Mexico’s highest mountain gives climbers a “snow-climbing” experience on a glacier that presents them with few crevasses and a moderate altitude. Most guide services provide for several days on lower peaks to help climbers acclimatise, then pushing on to the 5,636-metre peak of Orizaba over one or two days. The day on which they reach the peak along the normal route begins along a path from the Piedra Grande refuge. The climbers then pass through the Jamapa Glacier at about 5,000 meters and ascend through snow and ice, at a gradient 40 degrees, up to to the summit.

Sometimes dubbed “the easiest 6,000-metre summit in the world”, Island Peak is the most popular of Nepal’s “trekking peaks”: those classified as “achievable” by climbers with some mountaineering experience. The ascent, however, is no walk in the park. It calls for an “alpine departure” (at two or three o’clock in the morning) and the use of crampons and ice picks. Most climbers aim to do the 1,000-metre climb from base camp to the summit in just one day, but many choose to spread it over two days. Many guide services include a trek to the Mount Everest base camp as part of their Island Peak itinerary. 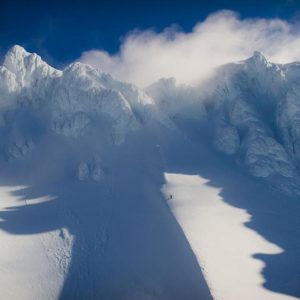 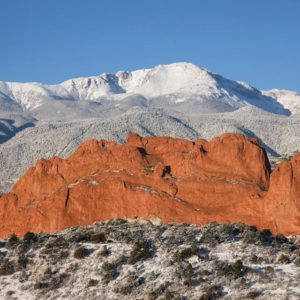 THE TRAINING OF THE TRAIL RUNNER 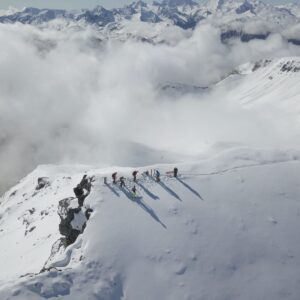 HOW TO GET INTO SKI MOUNTAINEERING 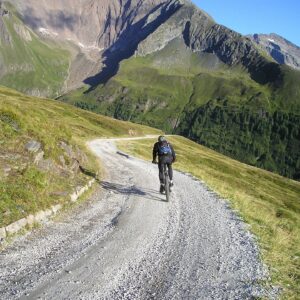 GRAVEL BIKING: THE NEW SPORT FROM THE US THAT IS BECOMING A GREAT HIT IN ITALY